We the People: A Book Club

Takie a plunge into engaging narratives, humor, cultural criticism, and spiritual wisdom, through the year-long We the People Book Club. Its 12+ selections reveal our democracy’s failings and successes and implicitly urge us as readers to keep alive what American author John Steinbeck called that “stumbling-forward ache.”

“Each of the books is honest about where we are in relation to our ideals,” says Julia Davis, a fellow with the Practicing Democracy Project and creator and coordinator of the book club. “They hold up tough love as a form of patriotism and, hopefully, inspire in their readers compassionate action as an alternative to a feeling of powerlessness.”

The program gives participants an opportunity to strengthen their vision of democracy and their connections with others via its free monthly reading guides. We the People Book Club begins a new selection each month, offering a full year of reading.

“I hope the resilience of the characters and especially their compassion as they struggle will inspire participants to discover their own resilience in our troubling times, or perhaps just discover the source of their eagerness to keep going through hardship,” says Davis.

The We the People Book Club is offered by The Practicing Democracy Project, a collaboration between The Center for Spirituality & Practice and the Fetzer Institute. 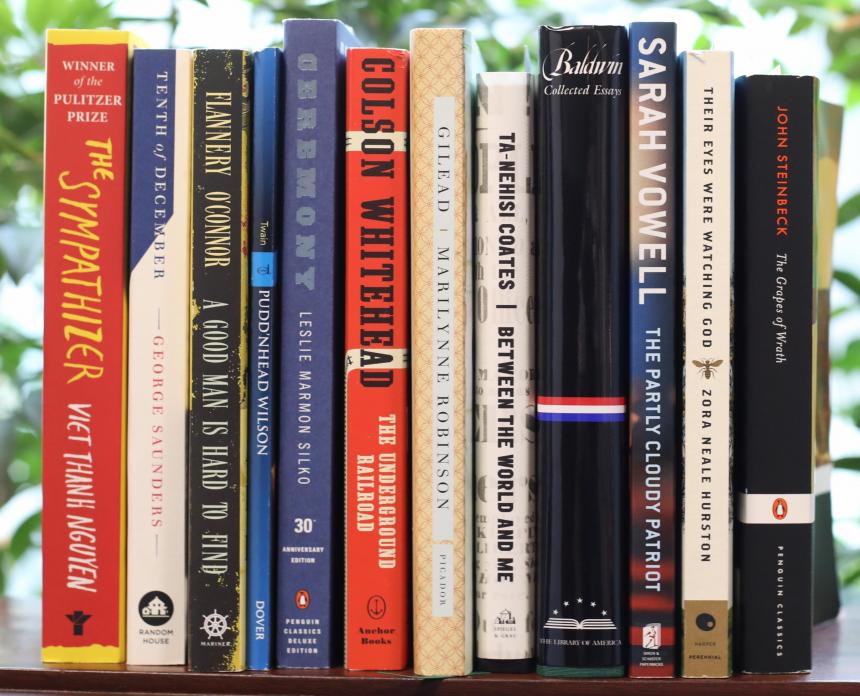 We the People Book Club Guides

Supporting 12 months of reading and ways to practice your civic virtues. Use on your own, in groups, or sign up to join the online discussion. Find the complete reading list on the last page of any guide.

Spirituality & Practice (S&P) is a multi-faith website devoted to resources for spiritual journeys. While respecting differences among traditions, S&P celebrates what they share in common.