Home » The Latest
From the Field

The Research Behind StoryCorps’ One Small Step Initiative

Recently our partners at StoryCorps shared the research behind its One Small Step (OSS) initiative, which was born out of increasing concern about the growing political divides and contempt in society. On a Zoom call with funders (Fetzer is a longtime supporter) and other allies, StoryCorps Founder Dave Isay noted, “We’ve gone from disagreeing with one another to hating one another, which we and many others have come to believe may just pose an existential threat to this country because democracy cannot survive in a swamp of mutual contempt.” Using what they’ve learned over the years—about listening being an act of love—StoryCorps began a new initiative: to help connect people across these divides.

This effort, though, would be different. Rather than bringing pairs of people who know each other together for a conversation, StoryCorps would work to elicit a similarly intimate connection…but among strangers with different ideologies. To do this, the StoryCorps team worked with the input of scientists, researchers, and psychologists, to test and refine a new interview methodology in what is now their One Small Step initiative. “For the first time ever, we started putting strangers together, not to debate politics, but to get to know each other as human beings,” explained Dave Isay on our call. The multi-year effort was designed to help mend the fabric of a country at the breaking point—one conversation, one step at a time.

A Basis in Research
The methodology behind OSS interviews is based on Gordon Allport’s contact hypothesis, a theory which suggests that under specific conditions, increased contact between people of different groups can reduce prejudice and increase acceptance. “As soon as you have that connection … our circle of moral concern can expand to include that one other person and many other things that that person represents, including their political identity,” noted Jennifer Richeson, PhD, Philip R. Allen Professor of Psychology at Yale University who will be analyzing data from the OSS initiative. “This opens some space for people to remember that we’re full, complex, interesting human beings, not just flattened into political or racial groups.”

“One of the major challenges that’s happening in this country is segregation, physical segregation, separation of reds and blues …. Virtually we’re being sorted as well,” added Peter T. Coleman, PhD, executive director of the Advanced Consortium on Cooperation, Conflict and Complexity in the Earth Institute. “What this initiative does is it’s really fighting against that tendency, using the internet, using digital media to reintroduce contact … and encourage the sharing of stories, interests, and commonalities.”

Data from Wichita
In Wichita, research conducted by the Benenson Strategy Group, revealed the intensity around political disagreements and the emotional fallout from these divides. Nearly two in three Wichitans said the city is more divided now than at any point in their lifetime. More than a third said their personal relationships had been harmed by personal disagreements in the past year. Almost half of both Democrats and Republicans said, “it’s hard for me to think of [the other party] as mostly good people.”

“At the same time we saw some positive results,” said Joel Benenson, founder and CEO of the Benenson Strategy Group. Nearly all people surveyed agreed that we can learn to be better people by listening to others and 75% were eager to learn how people who aren’t like them think and feel. “That’s where One Small Step comes in,” noted Benenson.

Ripe for Change
Another opening for positive change, according to Coleman, is found in the theory of ripeness. Based on studies of severe, long-term conflicts, the theory suggests that societies are ripe for change when two conditions converge: 1) a sufficient number of people are exhausted, fed up, or in pain and 2) there is a clear sense of what to do. Speaking to the first condition, Coleman pointed out that “there have been a series of destabilizing factors—including the pandemic, racial justice, and other factors—that have made most of us miserable.” And, to the second he noted that One Small Step provides us with glimpses of what to do—how to talk with and connect to one another.

More than 1,000 people in 40 states participated in conversations during the pilot phase of OSS. These conversations were successful in increasing hope and decreasing contempt in participants. “We have developed a proven method to address the toxic polarization in this country, and we are excited to work with our partners to help remind the country that it’s our patriotic duty to see the humanity of those we disagree with,” said Isay.

Take One Small Step
We invite you to join StoryCorps’ effort to help heal divides and to humanize one another through conversation. Take One Small Step—sign up to be matched with someone different from you to have a powerful 40-minute virtual conversation about your lives. Visit takeonesmallstep.org to learn more about OSS. 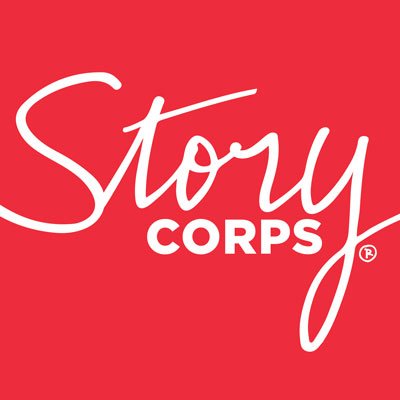 StoryCorps' mission is to preserve and share humanity’s stories to build connections between people and create a more just and compassionate world. One Small Step, a StoryCorps initiative, asks people of different political views to record an interview with each other, reminding us that we have more in common than what divides us.